Former Air Force Chief of Staff General T. Michael "Buzz" Moseley calls them "the founding fathers of American combat aviation," yet few Americans know their names. The 38 pilots of the Lafayette Escadrille, who flew for France beginning in 1916, before the United States entered World War I, created a culture that influences combat pilots today, Moseley says. They helped shape the U.S. Army Air Service when it was formed in 1918. "All the way up to the Army Air Forces and the U.S. Air Force," says Moseley. "Having thought about this a lot and having lived inside that world for 40 years, I would say [Air Force culture] goes right back to those guys who decided in the spring of '16 that this would be a good idea."

Moseley is helping to lead a fundraising effort to restore the Lafayette Escadrille Memorial outside Paris. Built in 1928 with private donations, the monument commemorates not only the original 38 but the 200 or so who succeeded them as volunteers in various French squadrons, together known as the Lafayette Flying Corps. Forty-nine who died in the war are buried in the memorial crypt.

Today the monument is crumbling from water seeping in. Despite annual Memorial Day ceremonies jointly conducted at the site by the U.S. and French air forces, little has been done to renovate the structure.

The United States World War One Centennial Commission held a public meeting at the Pritzker Military Library and Museum in Chicago on Wednesday, Dec. 10, 2014 at 12:30 CST. You can view the event video above. 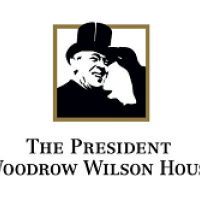 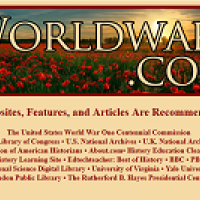 Monuments and memorials
to be registered, revitalized

WASHINGTON, DC -- Across the nation, thousands of monuments and memorials to America's World War One efforts stand in city squares, cemeteries, parks, and public buildings.
The

World War One Centennial Commission will partner with Saving Hallowed Ground, the American Battle Monuments Commission, the World War One Memorial Inventory Project, and other organizations to identify and record all these monuments.

Former Presidents James Earl "Jimmy" Carter, George Herbert Walker Bush, William Jefferson "Bill" Clinton, and George Walker Bush each will lend their name to the centennial commemoration, which will run through July 2019, honoring the participation of the United States and its citizens in the war effort.

George W BushBill ClintonWhile there are no living veterans of World War One, President George H.W. Bush offered the use of his name in honor of his father Prescott Bush who served as a field artillery captain with the American Expeditionary Forces (1917–1919) during World War One, where he came under fire in the Meuse-Argonne offensive.

Chicago -- A $5 million donation from a Chicago military museum will help a national effort to commemorate the 100th anniversary of the First World War.

The Pritzker Military Museum and Library, which announced the donation Friday, is the founding sponsor of the U.S. World War One Centennial Commission — a group formed last year and charged with developing projects to mark the anniversary of the United States' involvement in the war in 1917.

“As an institution dedicated to preserving and sharing the history and heritage of the Citizen Soldier, the Pritzker Military Museum & Library is proud to support the Centennial Commission in similarly preserving and sharing the history of World War One, so that we can learn lessons from the past to apply to the future.” — Col. (IL) Jennifer N. Pritzker, ILARNG (Retired)

Kenneth Clarke, president and CEO of the Pritzker museum and library, said remembering the war and those who served brings to light how applicable the history of World War I still is today.

"We believe the Great War is something everybody needs to know about. There are very real examples in today's geopolitical climate that make World War I very relevant today," he said, pointing to boundary conflicts in the Middle East, among other issues.

WASHINGTON, December 21, 2014 – The World War One Centennial Commission announces that, with the President’s signature on December 20th, 2014, of the FY 2015 National Defense Authorization Act, H.R. 4435, the United States government has officially approved redevelopment of Pershing Park in Washington, D.C., designating it as the National World War One Memorial. The U.S. Congress and U.S. Senate approved the legislation last week, and sent it to the White House on December 12th.

Pershing Park, located on Pennsylvania Avenue one block from the White House in front of the Willard Hotel, currently contains a statue of General John J. Pershing, leader of the American Expeditionary Forces (AEF) in World War One.

This expansion of the Pershing memorial to a national-level memorial will complete the quartet of national memorials in Washington to the four great wars of “the American Century” – World War One, World War Two, Korea, and Vietnam. This new World War One Memorial will be designed to honor the 4.7 million Americans who served in U.S. armed forces during the war, and the millions more who served at home and in civilian capacities.

WASHINGTON, December 21, 2014 – The World War One Centennial Commission announces that it has undertaken a memorandum of understanding with S&D Consulting Services to produce The 369th Experience, a series of public performances and education programs depicting the American, African American, and French experience in World War I through the eyes of the 369th U.S. Infantry Regiment, also known as the "Harlem Hellfighters."

General Contact Form:
Report an Error or Request to Include Your Site or Organization